Tidy catches up with Nicholson hot on the heals of his number 1 album Reverent to talk about Quake, Armin Van Burren and even more new music…

We originally knew you as a hard house DJ a couple of decades ago but you have developed into a highly sought-after trance producer and DJ. How did this happen?

I wouldn’t say I was a ‘Hard House’ DJ per say… I loved heavy music back in them days be it House or Trance, infect I always played a mixture, Trance came when I felt my efforts in Hard Dance were falling a little on deaf ears.  I always preferred the feeling of Trance as was more heartfelt, so I just took what id learnt and applied it to Trance, only thing that changed was the BPM which gave the sound a broader appeal.

You had a great mentor in Tony De Vit who you struck a great friendship up with. How did that help you develop as a DJ and artist? It’s a relationship that many would be envious of…

Tony was always a big influence to me, just his journey gave me hope that my story wasn’t yet done.  He was a DJ 20 years before he really got any recognition, and he wasn’t afraid to do what he personally felt was the right avenue to walk, regardless of others opinions.  I live my life by them very rules.  Play to the crowd, not to yourself.  They pay your wages, simple as that.

You set your studio up just before the first lockdown. What challenges have you faced with that? Lots, I never expected to be a year down the line and not one paying client has been here, but we are soldiering on in hope.

You’ve been pretty busy producing during lockdown, Is it true you have also completed your follow up album to Reverant?

Yes… I have, but it’s still a bit of work in progress, nothing is ever finished until I’m 100% happy with it.

Tell us about Life’s A Dream, your collaboration with Quake. How did that happen?

I’ve been friends with Rob for many years now, I recently did a remix of ‘The Day will Come’, he loved it so much we decided to smash a track out.

Who else have you worked with during lockdown?

I’ve worked with many, Paul Skelton, Renny Carroll, Niki Mak to name a handful, so it hasn’t all been for nothing.  We’ve been working on a commercial project under the name ‘Synthsonic’ and have some awesome material so far, all will be revealed…

You have done some amazing remixes that have attracted the attentions of the scene’s big names… who would you most like to work with?

Id say my old friend ‘Ingo’ who now goes under the name ‘Tom Starr’. He’s made some amazing tracks of late and feel would be great to work with him again after 15 years break.

You must be doing something right, you’ve had plenty of support from Armin Van Burren on ASOT. That must feel great?

Of course, but you are only as good as your last track, so you cant get complacent.

You’ve never been a quitter despite all the challenges you have had thrown at you in life. What keeps you motivated?

The people if I’m honest, being a producer in these tough times, you cant really make a living from sales.  But you can keep motivation with the smiles and compliments when someone digs your work, it’s a priceless feeling.

What can we expect to see from you in the future on Tidy?

I recently did a remix of ‘Committee – Welcome’ which I’m excited to see, but I’m sure there’s plenty of Nicholson to come on the label. Tidy have been great support these last few years, so let’s keep on going. 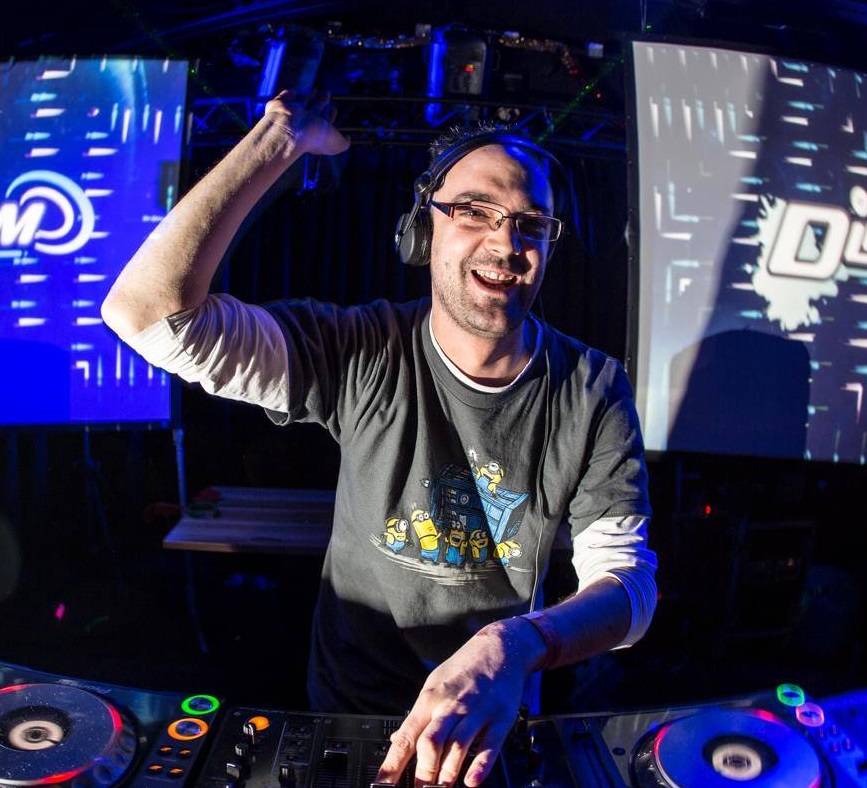 Not only has Discam been lucky enough to win one of the two finalist places on the main stage at Tidy Weekender 25, his mix,…

One of the hottest properties within the house scene, Josh Butler, has remixed Trauma’s Higher for the first release in Untidy’s UX series. Johnny Dangerous…