Untidy’s Sam Townend talks to us about his first artist album ‘Fractal’ and how the sound of Untdy Trax is appealing a new and surprising audience along with a rundown in his own words of what inspired the tracks on the album.

Lockdown has been harsh for many but Fractal comes to us as a result of Lockdown. Can you tell us how this came about?

At the beginning of lockdown, I just started writing music. I didn’t have a plan or end goal with it, I was just making tunes that were making me happy and that gave me some escape from what was going on outside. One day i just looked at all the music I’d done and realised the best way to release it would be together on one album so I really did Inadvertently create this project, but sometimes that is the best way! It’s music from the heart and it made me very happy making it, so I hope that comes across when people listen to it!

Despite many productions this is your first artist album. Why has it taken so long for you to do this? Was it timing, workload or a mixture of things?

It was a mixture of workload and me being focused on other things. I have always been heavily involved in the industry side of music with me being a label manager, event promoter, etc., so I never had chance to fully learn the ropes of producing myself. I have always worked with engineers so lockdown finally gave me a chance to focus on getting some stuff done myself.

Emulating the Untidy sound is very difficult but you have nailed it on the head whilst still being innovative. What challenges did you overcome to do this?

Weirdly i really didn’t find writing this album challenging; it all just fell together. I have been wanting to get stuck into this style again for a while so it just flowed without having to force it too much. I spent a fair bit of time looking for samples to use as I didn’t want to just go over the same old tired sounds, but apart from that it all come together pretty n nicely!

What kind of set up did you use to produce the album?

It was all written on a MacBook with Ableton and just a couple of onboard synths (mainly Sylenth). Once I had all the tracks written and produced to how I wanted them, I went into the studio with Paul Maddox to do the mix downs.

There haven’t been many electronic artists albums emerging during lockdown as you would think there would be, considering the time people have on their hands. Why do you this is?

I think a lot of people are holding back their music until the clubs are open and I do get this, however I also think that people actually NEED music to help them get through this period. Although my stuff is predominately made up of club bangers, I am happy to share it if it’s providing anyone with any kind of relief or escapism during these times!

A producer relishes in seeing the reaction of their track being played on the dancefloor. Is it frustrating that this has not happened for you?

Very much so, but that time will come soon enough!

Untidy Radio has launched. How did that come about?

I got inspired by writing the album to start delving back into the Untidy sound. Paul Maddox and I did a lot of work developing the sound from 2014 – 2015. We both left it to focus on other projects. Once I started getting back into it, I really got the bug between my teeth and water to share it with everyone. I also genuinely wanted to do something to help give people some kind of escape during the lockdowns; creating this music has helped get me through and i wanted to give that back to anyone that wanted to listen. It’s about music!

You are also one half of Tuff London with BK, how do you feel the Untidy sound relates to what you produce under that guise?

Tuff London is very much more a ‘House’ sound. We release on House orientated labels and it’s very much a different project. Sure, it has elements of our background in there as that is who we are, but this new Untidy sound is a lot more routed in the ‘traditional’ hard house DNA and is at a faster BPM range to the House stuff being 130-135bpm.

All artists evolve. Hard house wise will we continue to see you pioneering the Untidy sound… is the route you will be focusing more, rather than the hard house style you are known for?

100% yes. I am fully balls deep into developing this Untidy sound and have a very clear vision of what i want to do and how I want it to go.

The Untidy sound has blown up again. What can we expect from the label this year?

We’re reaching out and bringing in some really established artists from other genres with our UX series of contemporary remixes of Tidy classics. Pulling from our friends in the house, tech house and techno genres, you are going to be surprised at some of the names we have onboard for this! We’re also looking at breaking new talent on the label with artists like Drew Dabble who has just released on Patrick Topping’s Trick label signing over a release for us. We have a new compilation series called BASSIX launching in the Summer and also plans for events and much more once we can do so!

Inspired by 80s Hi-Nrg & big 90s dance anthems, this is one of my favourite tracks on the album!

Some people have deep inspiration stories on the music they make and I definitely have some on certain tracks but mainly I’ve just been messing around with samples, get in a flow and see where it goes. This is one of those tracks that came from nothing but as soon as I heard this vocal I loved it and I hope you do too!

This has proven to be one of the most popular tracks from the album and it’s very much routed in traditional hard house with sirens, offbeat bass and sharp vocal edits.

I had an idea to try and make a ‘Cool’ donk track (lol) and I also wanted to make something that was just a straight up heads down hard house groover; something to get you chugging and dancing but without any mad breakdowns or big daft hooks. ‘Mmm Hmm’ is the result!

I actually sampled a Tidy Boys record for this one. Both Amo & Andy have (obviously) been big inspirations to me so I thought why not give them the biggest nod of appreciation by sampling their sample.

This one is a personal favourite and is a just a daft party track with all the elements I like of those style of tracks; rough, raw and full of sharp edits and rough cuts.

Obviously inspired by old school rave music but fusing together and big electro style bassline for something different. I love trying to blend elements of different genres together; sometimes it works and sometimes it sounds rubbish haha.

A BIG nod and wink to an old hard house classic. One my of my favourite tracks of all time with a timeless bassline originally written by an EXPERT,

It does exactly what it says on the tin! Definitely subconsciously inspired by early Tripoli releases.

I wanted to do a track that was rough, tough and weird. I’d been listening to some old 80s vinyls of Amo’s that were obviously the first producers to be messing with acid lines on the Roland TB 303’s when they first came out back in the day. This is inspired by those producers and that sound. The acid line in this track was written on the TB303 plug in from Roland to capture the vibe

The title track from the album. I actually already had the title of the album penned (which was inspired by Dad’s artwork that we used as the front cover) so decided I needed a track actually called that on the project. I found the sample and the rest just fell into place!

I wrote this riff and it instantly reminded me of being 17 and stood on the Balcony of a club I used to go to in Leeds called Uropa. It just had a similar vibe to the tracks that used to get played there by my all time inspiration DJ, Mark Jewell (who was resident there). Give it some elbow ladsssss.

This is actually a cover of a very underrated Hard house track by Max Alien & Amino. Ben Stevens originally introduced it to me way back in the day and I have loved it ever since. I thought i could update it so here it is! I hope i did the original proud. 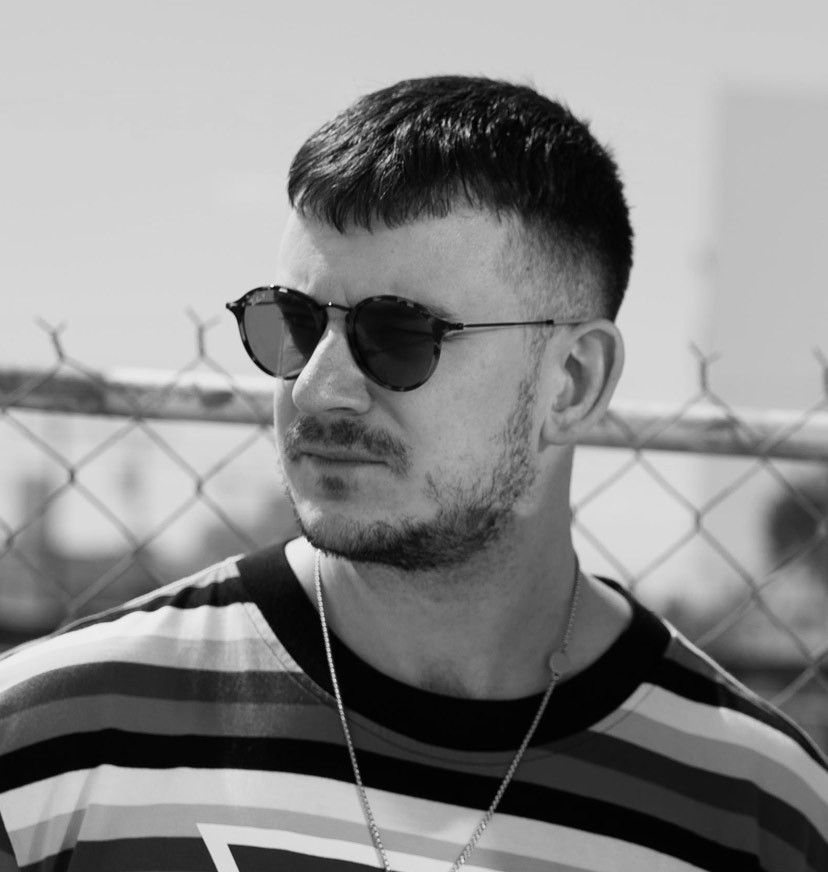 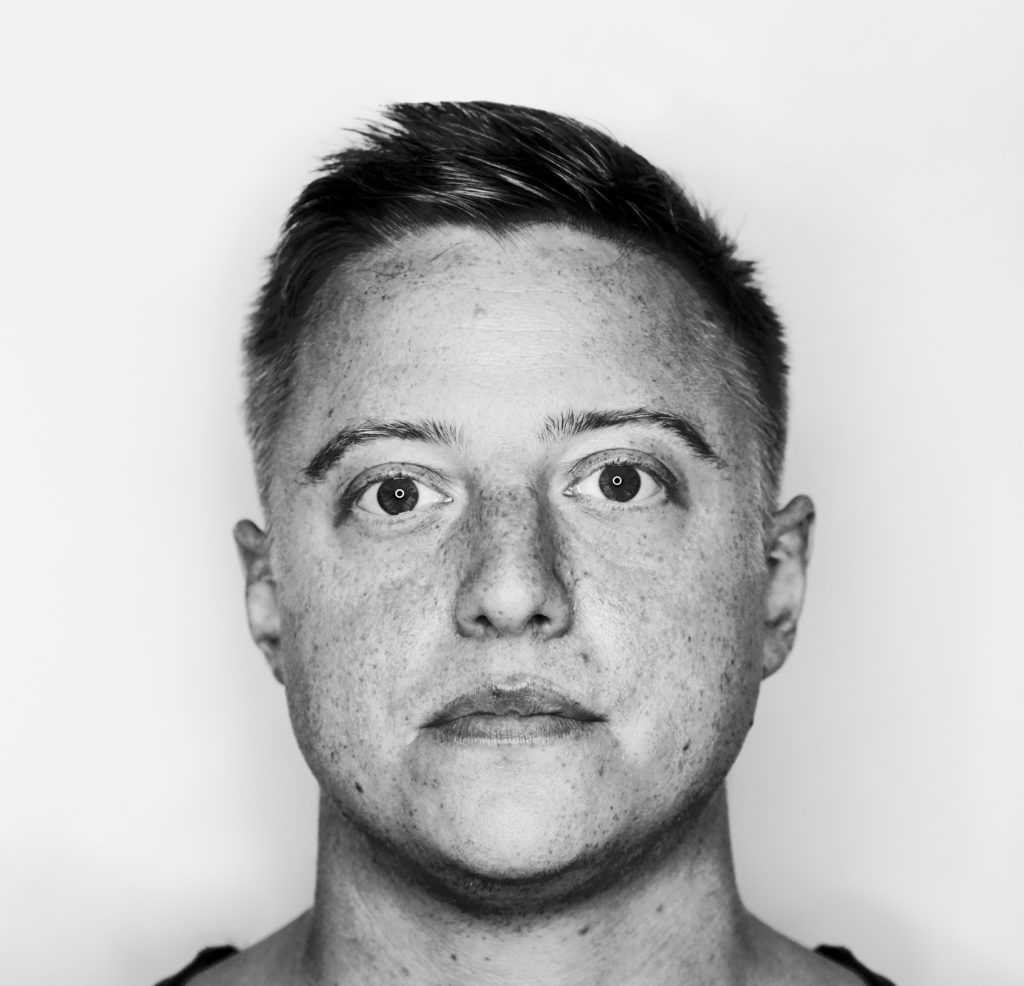