Tidy’s latest addition to the fold is becoming something of a trend setter, especially this release which has seen one of the remixes gain the backing of Radio 1 courtesy of radio royalty Pete Tong and Danny Howard. Untidy UX02 has been well and truly unleashed!

Remixing a record is always a difficult task, especially when you are aiming them at a new audience. Not only has the brand new Untidy UX label achieved this, it has also excited existing Tidy followers thanks to maintaining an element of toughness.

The two produces that have stepped up for this release are Jacky who has reworked Hyperlogic’s ‘U Got The Love’ and Sorley with his rejig of ‘Funky Groove’, both of which are truly amazing an getting plenty of support from across the entire dance scene.

Jacky takes the main ingredients from the original… the Prodigy piano, the breakdown and that cracking vocal to create a deep yet recognisable remix with a light sprinkling of bleepy acid over the top, to give it that extra bit of dancefloor crunch! That hands in the air moment when this record first dropped 25 years ago will be repeated once more when this gets exposure in the clubs. Jacky does it true justice… nice one fella!

Next up is the remix that has seen airplay on Radio 1 and Kiss FM to name a couple. Sorley is the guy who made a track a day throughout January, whilst still maintaining quality through. The catchy vocal hook is chopped up over a bassline fatter than Gemma Collins’ spare tyre and laid nicely over tough percussion which gives it just the right amount of welly when dropped.

These two fantastic tracks are a good taste of the things to come from Untidy UX as the world of Tidy is exposed further afield than the hard house world. This will be followed closely by the first Bassix album which takes this new chapter in Tidy’s history well into the future… but that’s another story for another time. 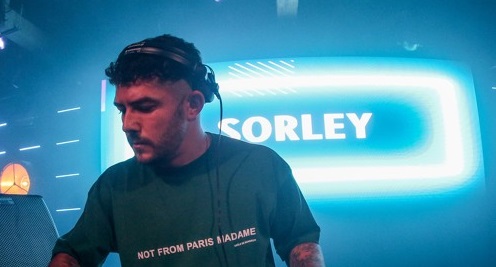 This weekend the nation will get hear the brand new Untidy UX release courtesy of BBC Radio 1. Both Danny Howard and Pete Tong have…